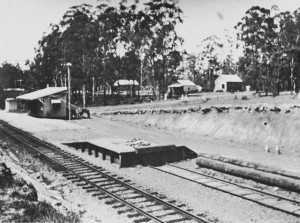 Travellers north on the old northern road after leaving the Caboolture River at what is now called Upper Caboolture had as their next stop a store operated by Joseph Bell at Wararba. When a banana plantation was established there and the railway went through it gained the name of Wamuran after a local Aboriginal leader Menvil Wanmaurn, known by the whites also as Jackie Delaney. Delaney’s Creek is a nearby district to this day.

Unfortunately the railway line is no longer used but the town lies on the D’Aguilar Highway only a short distance from Caboolture. The soil is perfect for small crop farming with roadside stalls selling the local produce fresh from the farms.